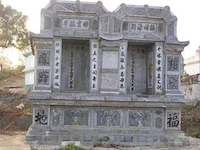 How important is training concerning the inevitable persecution that befalls a believer?  II Cor 4:9a says, we are “persecuted, but not abandoned.”  Have you ever witnessed someone who becomes bitter at God because of persecution.  They believe they’ve been abandoned by God.  They may say, “Why is God doing this to me?”  Conversely, Tina was a new Christian.  She is the youngest of four children, and the only Christian in her family.  Seven years after their father had passed away, the four adult children were tasked with removing their father’s bones from a rented tomb.  The custodian of the cemetery was on hand to make sure all the bones were removed and accounted for.  When the bones were removed, everyone was shocked to discover that a finger bone was missing.  One-by-one, in the sub-tropical heat, the four of them had the unenviable task of crawling into the small mausoleum in search of the finger bone.  It could not be found, and the custodian was loosing patience.  Tina, bowed her head to pray, and was immediately attacked by the three older siblings.  “How dare you insult our father by bringing your new faith here!”  Her oldest brother struck her.  Undaunted by these attacks, she prayed outloud.  “Lord, we do not need my father’s finger bone, but so my siblings will know that you answer prayer, please show me now where the missing bone is?”  Later, she said, “In that moment I had a vision that the bone was tangled in the tattered grave cloth that had already been removed and searched.”  After she said, “Amen;” she went over to the grave cloth and pulled the finger bone from the cloth.  Her siblings backed away, and have never persecuted her since.  Yes, “persecuted,” but definitely NOT “abandoned.”