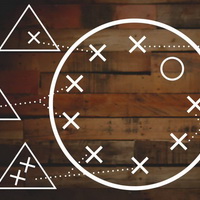 There are various kinds of small groups. In this 3-minute video, Trainer Curtis Sergeant explains how you can use “Leadership Cells” (three-thirds groups made up mostly of leaders who ‘get the process.” Try it. See if you can catch the strategy. 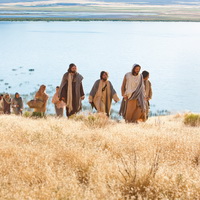 Jesus Was a Bad Marketer

That’s the opinion of trainer, Curtis Sergeant, anyway. In the video below, Curtis points to the “upside down” nature of many of Jesus’ teachings. He emphasizes knowledge somewhat, but obedience a LOT. He basically asks us to give up the WORLD to follow HIM. But please watch the entire 11 minutes. We believe by the time you get to the end, you’ll be ready to follow Him too. 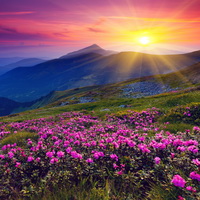 Help YOUR Church figure out How to Make More Disciples

If you tuned in with Curtis Sergeant for our webinar at noon on Feb. 24, it will come as no shock that Curtis shared a LOT of information. Looking for written summary? So were a lot of others! Well guess what: Elisha is here to serve you! Forgot about the Eastern Time zone thing and mised it? No problem. Elisha’s got your back! Here’s a rough copy of her notes from the meeting. (Thanks Elisha!) 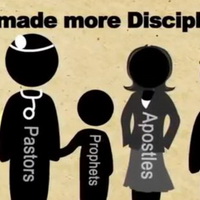 What if we Made More Disciples?

What if we made more disciples? What would that look like? Maybe this video will help us imagine. : ) 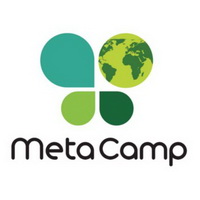 Where do we go from here?

Suppose you finish the 30-Day Challenge and you wonder… Where do we go from here?  Try Kingdom.Training/Metacamp ! Curtis has assembled an entire COURSE to follow up your deepest desires of being and multiplying disciples. Check it out. And it’s free! Some people like to have a curriculum for their discovery Bible study (DBS or three-thirds group). If that’s you, try this free curriculum from CityTeam. Just click on each bullet point, then right-click and choose, from the context menu, “Save as…” to save the PDF on your hard drive.

This isn’t a “classic” three-thirds group curriculum, in that there is a more finely-tuned plan, but it might be a great ‘bridge’ to a full three-thirds vision, especially if you’re helping a church adapt its existing small groups over to a full-on three-thirds process. 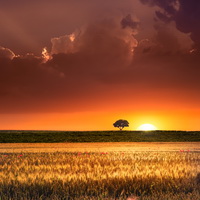 When considering the efficacy of Kingdom movements, some people pose questions and concerns about heresy? How can we be sure new converts remain true to the word? Curtis explains that, even in traditional church planting, heresies arrive. He also explains why Kingdom Movements might actually be LESS prone to heresy. Check it out: 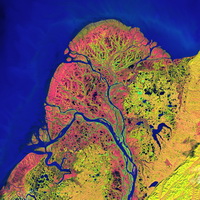 Being Part of Two Churches

Many people ask, “How does rapid growth take place in these Kingdom movements?” One of the genius concepts behind these movements is the simple idea that every member needs to be willing to serve as part of two churches: The ‘home’ church or group, as well as a NEW group that each member is also starting. It’s like a river splitting many times over as it forms its delta. Sound confusing? Curtis explains: 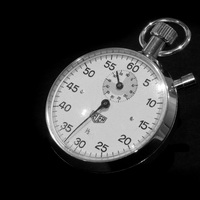 There are many purposes one can pursue while prayer-walking, but for the purposes of the 30-Day Challenge, we’re hoping participants can be involved in …

Here are some tips you can use to get started:

What do you pray? Curtis Sergeant articulates one line of thinking quite well in this little video, “Eyes to See where the Kingdom Isn’t.” He talks about creating a ‘map’ of the spiritual centers in a particular neighborhood or region. The ‘gaps’ between those centers are the places where the Kingdom isn’t… the “lost sheep,” one might say.

Here are some activities common to prayer walking 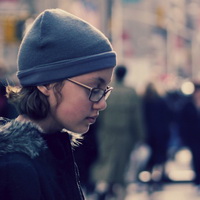 Prayer walking can accomplish several major victories, including evangelism itself. Listen to a story about this very objective/accomplishment by Curtis Sergeant. 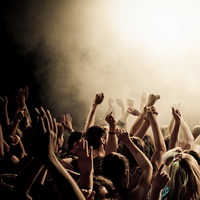 In this 30-minute presentation, Doug Lucas dares a college campus to initiate a disciple making movement throughout their student body. (This video was recorded during the student assembly at Kentucky Christian University on January 19, 2016.) Interestingly (in a dark sort of way), in addition to finding links to prayer, researchers of Kingdom movements have also found links to persecution. In other words, in the vast majority of rapidly-growing movements toward Christ, believers were experiencing persecution because of their decision to follow Jesus. Curtis explains: 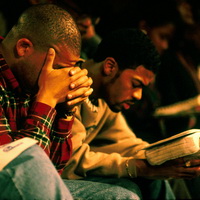 Disciples worth multiplying find a way to gather with the Body — for multiple reasons. Curtis explains. 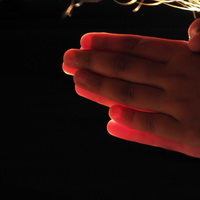 Researchers have observed that no Kingdom movement has yet happened in all history without being preceded by extraordinary prayer. What’s more, a disciple worth multiplying always seems to be a person who excels in prayer. Listen as Curtis explains. 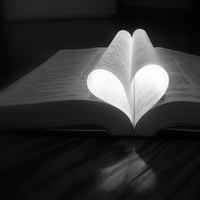 Self-Feeding and the Word

A disciple worth multiplying figures out how to feed himself (herself) on the Word of God without having to depend on a pastor or anyone else to speak or teach. Listen to Curtis’ explanation why. Jesus told his disciples that if they came across a house which welcomed them, to grant their blessing on that house — and let your peace reside there. DMM trainers often instruct us to look for those whom God has prepared… those who welcome us to help them transform both personally, as well as corporately. Listen as Curtis Sergeant explains. 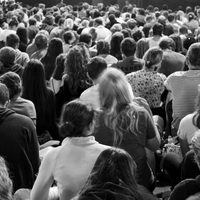 Trainers in the art of launching disciple making movements often speak about a concept known as “relational stewardship.” The idea is — no one, regardless of his or her relationship with Christ, lives 100% of the time for the Lord, with all his heart, soul, mind, and strength. So EVERYONE can use encouragement and upbuilding. Check out this explanation by Curtis Sergeant.

Go to Next Resource
1 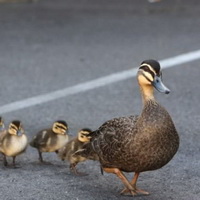 What does disciple making have to do with a family of ducks? Allow Curtis to explain. : )

Go to the Next Resource
0 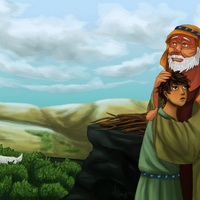 Love means obedience. We see it in the life of Abraham. We see it again in Caleb, who said, “We CAN take this land — if God is with us.” Hebrews 11, that great “hall of faith” chapter, is FULL of people who demonstrated immediate, radical, costly obedience (IRCO). Listen as Curtis Sergeant describes it.

Go to the Next Resource
0 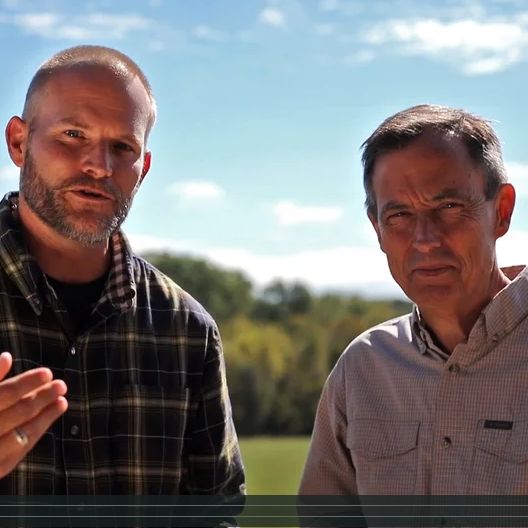 Prayer Walking isn’t new. But the idea of prayer walking as evangelism is perhaps just a bit more of a recent development. Listen as Jon R. and Doug L. share their perspectives. 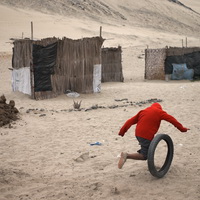 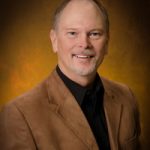 In many ways, much of our thinking about disciple making movements (DMM’s) traces back to David Garrison’s research on church planting movements (CPM’s).  Read his book, entitled, appropriately enough, Church Planting Movements, here. (We’re grateful that he subscribes to the axiom, “Freely you have received, freely you should give.” Thanks to Dr. David Garrison for his willingness to give away his research for the good of the Kingdom.) 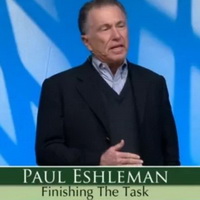 Here’s Paul Eshleman, Director of Finishing the Task, at FTT 2015. 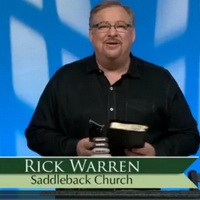 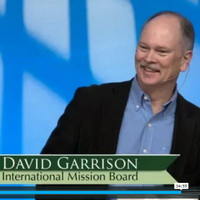 Brigada asked, “Is this the most encouraging video of the decade?” The talk in question is this one (below), by Dr. David Garrison. He delivered it at Finishing the Task 2015 at Saddleback Church. Many considered it the most exciting address of the entire conference. Check it out for yourself. 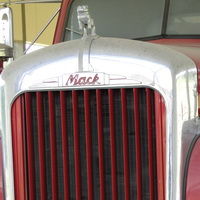 We feature this video by Penn Jillette on the main page for Day 17, “The Basis for Disciplemaking.” We include it again here, in this post, so it will show up in the ‘blog’ index with all the other videos. It features Penn Jillette, an avowed atheist, explaining how he viewed a person who handed him a Bible. Although Penn remained an atheist, he actually ended up respecting the “proselytizer” more because his act of giving the Bible represented true care and concern. In fact he essentially adds, “If you see a Mack truck heading for a guy in the street, but the guy won’t listen to you, even though he doesn’t believe the truck is coming, as it gets closer, there comes a point that you finally just tackle the guy to push him out of the way. If you truly believe I’m headed to a literal place called Hell, and if Hell is as bad as you say, how much do you have to hate me not to tell me about it? So now, as I think this through, I actually have deep respect for the Proselytizers. And now, I have little to no respect for those who keep silent. THEY are the hypocrites.” Insightful. Provocative. Take a listen for yourself: